Part one, because I keep thinking of these things, and then forgetting, so I assume I’ll want to add to it later. 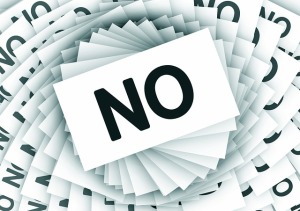 1. “But everyone has bad days, right?”
Congratulations! You have displayed a common and fundamental lack of understanding of what depression is. Yes, everyone had bad days. What everyone does NOT have is a series of bad days lasting months and years; a crushing inability to see hope in the future, and a detrimental despair that infects everything they see and hear. (I was going to write ‘see and do’ but let’s face it, people with depression have a hard time with action verbs outside of ‘crying’ and ‘running the self-hate gauntlet’.)

2. “Have you tried St. John’s wort/vitamin D/powdered red mushroom/licking your shoes/what-the-fuck-ever?”
Unless this is preceded by the person in question asking “have you heard about or read about anything you think I could try?” Just. Don’t. For one thing, everyone else is doing the same thing. For another, it’s hard enough to be engaging with the outside world, let alone plastering an expression of polite interest on your face.

3. “What happened to you?”
This is a tough one. Sometimes there is a precipitating event that causes clinical or situational depression and your brain can’t recover, but often there isn’t anything. It’s a stupid, mean, uncompromising disease and being made to feel like there should have been something that caused it – or gods forbid, something that you did – sucks. Don’t do that to people.

An easy solution for this: if someone tells you they are depressed, just take a breath and in your mind, replace ‘depressed’ with ‘diabetes’ or something similarly shitty and uncontrollable, and then don’t say anything that you wouldn’t in that situation.

If that’s too hard, the following phrases are good and has plenty of uses: “That sucks. I’m sorry.” You can add “what can I do to help?” If you’re so inclined. Those things are nice.